Vectis Radio was launched by Ian Mac as an Internet only radio station on January 23rd 2010 starting life at the Quay Arts Centre. The surroundings back then can only be described as small, in fact it was pretty much a broom cupboard. Unfortunately, after six months, Quay Arts wanted it’s broom cupboard back, so Vectis Radio was on the move, in fact, we move twice more that year, first to Newport Football Club, then to Crocker Street, but never quite finding a permanent base. We thought we’d found our home in the Spring of 2011 when we moved to a derelict building in West Street, opposite Jewson. This proved to be a more sustainable base for us and we made it our own for two years. Seemingly all was going well, until in June 2013, when we were given seven days to vacate the premises as it was deemed unsafe. With everything up in the air and nowhere to lay our hat, the station was introduced to the team at The Riverside Centre. Thankfully they agreed to let us broadcast from there… in the shed. Which we did!! 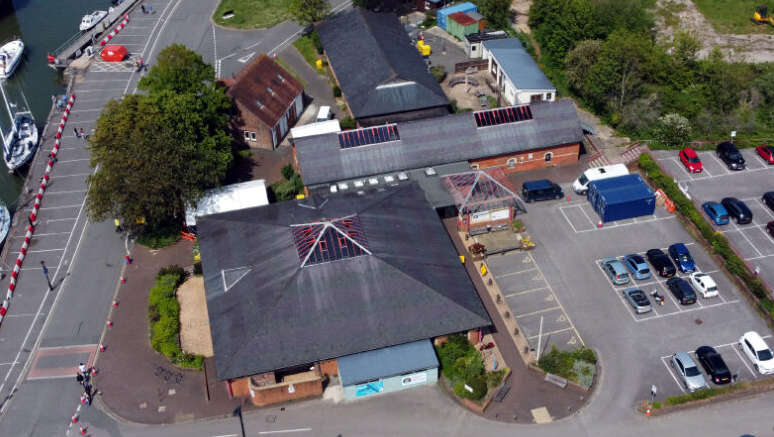 Moving more times than The Littlest Hobo from a cupboard to a derelict building and then a shed, it didn’t dampen the team spirit and we never once felt like giving up! After months of broadcasting and proving our worth to The Riverside Centre, they eventually agreed that that we could move from outside in the shed, to inside… in the gym. But it wasn’t all squat thrusts and star jumps, once cleared, the station had something to be really proud of, as in a previous life, the gym had originally been a studio for ‘Platform One’ some twenty years prior. It was a perfect fit!

We moved into our current studio in August 2014, and have since made it our home. We were finally in a stable location and able make real strides, which we promptly did by establishing the 4P’s training school (otherwise known as ‘The 4P’s Project’) which runs as part of the Isle of Wight Council’s ‘Youth Offer’. Over 100 students have since completed the course which has been successful in helping many young people improve their confidence and communication through teaching the four key areas of radio; presenting, production, promotion and podcasting. The course is available free of charge to 11-19 year olds, and also up to 25 for people with additional needs.

Since 2010, we’ve grown from strength to strength and due to the support of our listeners and sponsors we have always been determined that the station should continue to broadcast. In October 2015 we applied for an FM community license and after months of waiting, fingers firmly crossed, the license was finally granted in June 2016. Our next big step was to raise funds, and thanks to the generosity and dedication of the the our supporters, Vectis Radio were able to raise the necessary funds to make our FM dream a reality. On November 4th 2017, Vectis Radio went live on FM104.6.

There have been many highs along the way. We once boasted the youngest ever sports presenter in the UK. George Steed was aged just 14 at the time. Perhaps our biggest achievement is the 4P’s training school, which is helping young people with and without additional needs grow in confidence and giving them opportunities to broadcast. The list of achievements continues, however with the highs come the lows and it’s those lows that have made us extra determined to make the station a success.

Since going FM in 2017 it’s been a real rollercoaster ride, in 2018 we were nominated and eventually picking up a Bronze award at the National community radio awards for the community development project of the year and the following year this was repeated with an added bonus of Kelvin Currie picking up a silver in the sage category just a couple of months later we got highly commended at the Chamber of Commerce awards 2019.

In early 2020 we celebrated 10 years of broadcasting with an outside broadcast on a Red Funnel ship travelling from East Cowes to Southampton who else can say that they celebrated their 10th birthday whilst broadcasting from a ship. Just a couple of months later a documentary covering what Vectis Radio is all about was screened nationally on the BBC. 2020 has been a mixed year because of COVID-19 and the coronavirus but it didn’t stop Vectis Radio from picking up the biggest achievements so far in their 10 year history a very proud day on June 2 when it was announced that Vectis Radio had picked up the Queens award for voluntary service which is the equivalent of an MBE.  Wowsers….what next.

In September 2020 we successfully installed an upgrade on our transmitter and now proudly broadcast with 150 W of power across the island. It was a very proud day in September when our very own News Broadcaster David Parkinson connected up the cables 50 feet in the air from a Cherrypicker that was very kindly donated free of charge from Island Roads and overseen by Kelvin Currie and making sure that everyone was socially distanced. During these things in normal circumstances would’ve been hard enough but to do it during a pandemic was an amazing achievement.

The radio station didn’t have to wait too long for the next achievement later that year there were five nominations in the Community Radio Awards 2020 at the online ceremony we picked up three silvers and a bronze, one of the silvers was the community radio development award and our very own Kelvin Currie picked up a silver in the volunteer of the year award category. There were also awards one silver and one bronze in the innovation and community show of the year categories.

One year on and it doesn’t stop there in 2021 Vectis Radio had six nominations in the community radio awards. For the fourth year in a row we have been nominated for one of the two top accolades Community development and this year for the first time a nomination for station of the year, there are also nominations in the outside broadcast, innovation and sage person of the year sections. Keep your fingers crossed for us on the 23rd of October as we go to Coventry for the first Community radio awards ceremony in person for two years.

Vectis Radio had an amazing night in Coventry, Kelvin Currie picked up the stations first ever Gold award in The Sage Volunteer of the year and Then The 4Ps Vectis Radio Training School were awarded Gold in prestigious Community Development Project Category and that wasn't all, there was a Silver for Short Breaks team for Innovation. I don't suppose we can even get close to those kind of achievements in 2022 but keep your fingers crossed we are definitely going to give it a go. 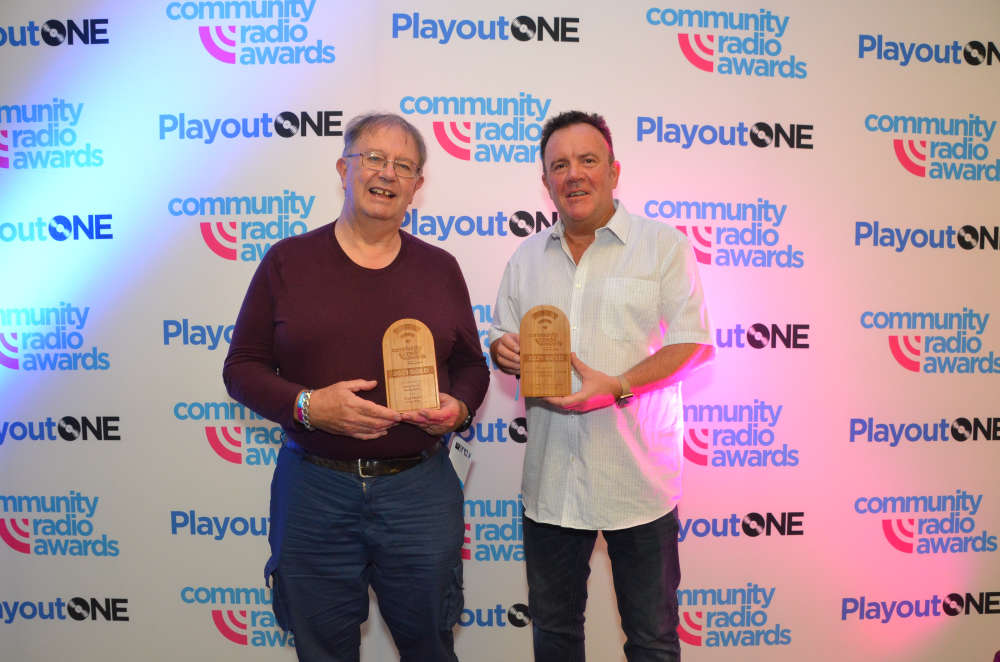